The workout tool you can use anywhere, anytime! The original SPRI Xertube is created using a “dipped process” rather than the more common and inexpensive “extruded process” – making it one of the most durable and reliable tubes on the market! In fact, SPRI tubing is the professional’s choice and is preferred by instructors, clubs, and health club members. The handle plug, protective sleeve and grommet reinforcement features also contribute to making SPRI the tubing product that is tough and reliable enough for many of the US military training kits. All SPRI rubber resistance products are made using Tuff Tube, a SPRI exclusive. This heavy-duty, high quality material has greater resistance to abrasion and tears to stand up to the rigorous demands of professional use. Laboratory tests have demonstrated the high quality and superior physical properties of SPRI tubing. Perfect for use in strength-conditioning, Pilates, physical rehabilitation as well as today’s hottest workouts including: CrossFit, P90X, P90X2, Slimin6, Insanity, Les Mills, TurboJam, Jillian Michael’s Body Revolution and many others. 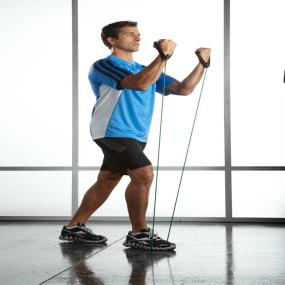 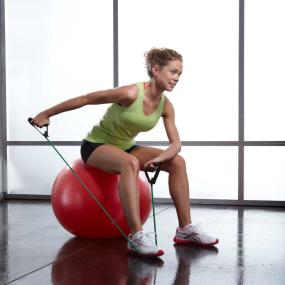 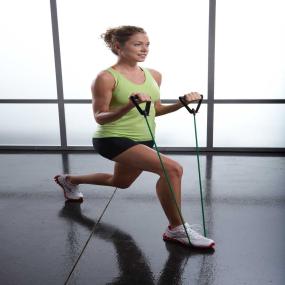 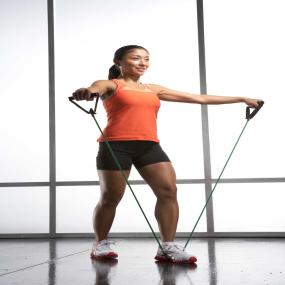 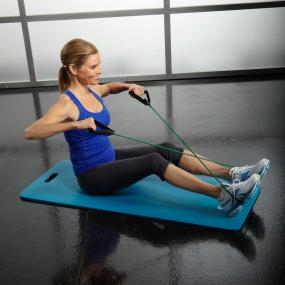 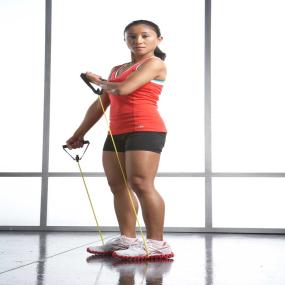 Until the early 1980s, rubber resistance products were mainly used for physical rehabilitation purposes. Then SPRI introduced the SPRI Xertube with looped tubing handles for upper-body use and SPRI Xercise Bands for lower-body use. These products allowed instructors to easily and cost-effectively lead large groups in resistance training for health, fitness, and performance applications. The demand for rubber resistance products — and the ever-expanding training needs of instructors — quickly grew in the ’90s. The industry continued to push for more advanced products. SPRI started producing “dipped” tubing, the purest and most resilient form of rubber tubing available (compared to weaker “extruded” tubing). SPRI also added more specialized features to new and existing products. For instance, hard and foam covered handles were added to the Xertube, cuffs were added to increase comfort and keep the Xercuff in place during use, and rings of tubing were made to withstand higher resistance demands. Today, all SPRI rubber resistance products are still put through the most rigorous controlled testing available, including extensive trials in the field. The entire SPRI team, including the advisory committee and instructors, is constantly out there, visiting firsthand with those who use the products the most and staying ahead of the trends in the industry. This allows SPRI to actively explore new ways to continue offering the best, most cutting edge rubber resistance products and applications on the market.